Spinterview is a way for listeners to hear the finest jazz, funk, rock and soul, played on rare vinyl, along with the voices of the artists who actually created the music, taken from exclusive interviews and mixed together “live” by internationally published music journalist/drummer/DJ Robin Tolleson.

Robin Tolleson began collecting vinyl records at the age of 9. He would walk to Portals Of Music in San Francisco’s Stonestown Shopping Center, grab as many albums as he could carry and see if there was a listening booth free. When he had saved up enough allowance, he would buy something. The Jefferson Airplane’s Surrealistic Pillow was the first purchase. His mom took him to the Fillmore to see Jimi Hendrix, with opening acts Big Brother & The Holding Company featuring Janis Joplin, plus the Charles Lloyd Quartet. For his birthday that year he saw The Beatles at the Cow Palace. Around the same time he conducted his first interview, walking up to members of The Grateful Dead as they sat behind the bandshell in Golden Gate Park waiting to play. “Hey, what are you guys doin’?” he inquired. “Oh, we’re just sittin’ around smoking bananas,” Jerry Garcia answered.

Nearly half a century later, Robin Tolleson is an internationally-known music journalist, and he has combined his two passions, spinning records and talking with great musicians, into what he calls the “Spinterview.” Those attending a Spin-terview will hear great music on vinyl, and the voice of artist helping unlock the beauty and the mystery in the music, all mixed live on the spot.

Before he was writing, Robin Tolleson was playing drums. He recorded at the Capitol Records studios in Hollywood with Indigo Swing, and worked on the So Flows The Current album with Grammy-winning composer (and former Zappa bassist) Patrick O’Hearn. He founded the San Francisco jazz-funk-dub trio Hip Bones, played on two critically acclaimed albums by fusion guitarist Gregory James, and plays with a number of popular regional groups including soulsters The Secret B-Sides, groosion trio Big Block Dodge, flamenco-funksters Cabo Verde, and world jazz outfit Klarcnova. He is percussionist at Trinity Presbyterian Church, and also a DJ who spins vinyl at Southern Appalachian Brewery in Hendersonville, NC. 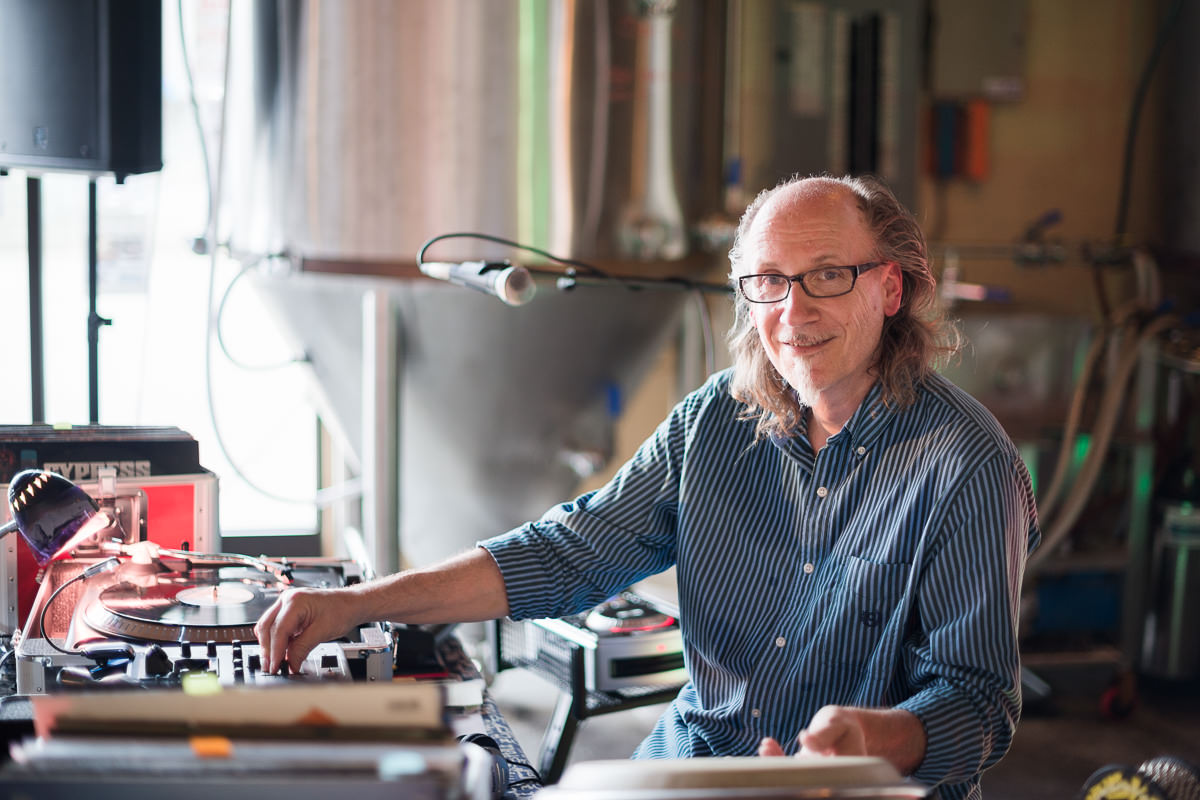 Spinterview brings together the finest jazz, funk, rock and soul, played on rare vinyl, along with the voices of the artists who actually created the music, taken from exclusive interviews and mixed together “live” by internationally published music journalist/drummer/DJ Robin Tolleson.

George Benson is a very good ping pong player. I discovered this while covering the Free Jazz Festival in Sao Paulo Brazil. I could hear the ball bouncing and saw a crowd gathered around the table in the lobby of the Maksoud Plaza Hotel. After the guitarist dispatched two opponents and started to walk away, […]